WEST LAFAYETTE, IN, August 3, 2017 (Newswire.com) - Bioanalytical Systems, Inc. (NASDAQ: BASI) (“BASi” or the “Company”) today announced that its Board of Directors unanimously elected R. Matthew Neff, as a director, effective August 1, 2017.  "We are pleased to welcome Mr. Neff to the Board and look forward to working with him. His strong management, financial and legal background will be important, as we continue to focus on driving value for our shareholders. Mr. Neff fills the vacancy on the Board created by Larry Boulet’s retirement, and we want to thank Mr. Boulet for over 10 years of exemplary leadership and personal dedication to the Company," interim Chairman Dr. Greg Davis said. The Board of Directors also appointed Mr. Neff as Chairman of the Audit Committee.

Mr. Neff is currently Of Counsel with Bingham Greenebaum Doll LLP’s Corporate and Transactional Department. From August 2013 through June 2016, Mr. Neff served as Chairman, President and Chief Executive Officer of AIT Laboratories, a national toxicology lab headquartered in Indianapolis, Indiana. Mr. Neff joined AIT Laboratories after his tenure as President and Chief Executive Officer of CHV Capital, Inc., the venture capital subsidiary of Indiana University Health, a role he had held since 2007.

Mr. Neff started his career as a practicing lawyer and Partner at Baker & Daniels. He then served as the Deputy to the Chairman of the Federal Housing Finance Board (now known as the Federal Housing Finance Agency) in the first Bush Administration. Thereafter, he became the co-founder and Chief Executive Officer of two Indianapolis companies: Circle Investors, an insurance holding company then chaired by former Vice President of the United States, Dan Quayle, and Senex Financial Corp., a healthcare receivables finance company. Mr. Neff currently serves on the Board of Directors of Fairbanks Addiction Treatment Center and was a member of Riley Children’s Foundation’s Board of Directors from January 2000 to November 2012.

Mr. Neff earned his bachelor’s degree and graduated a Phi Beta Kappa from DePauw University. He also received his Juris Doctor degree from Indiana University School of Law, where he was the Executive Editor of the Indiana Law Review.

BASi is a pharmaceutical development company providing contract research services and monitoring instruments to the world's leading drug development companies and medical research organizations.  The company focuses on developing innovative services and products that increase efficiency and reduce the cost of taking a new drug to market.  Visit www.BASinc.com for more information about BASi.

This release may contain forward-looking statements that are subject to risks and uncertainties including, but not limited to, risks and uncertainties related to changes in the market and demand for our products and services, the development, marketing and sales of products and services, changes in technology, industry standards and regulatory standards, and various market and operating risks detailed in the company's filings with the Securities and Exchange Commission. 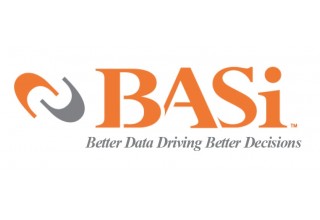 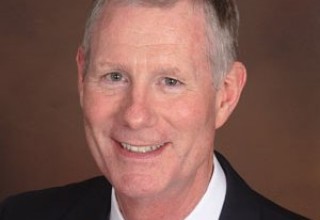 Get notified about new releases.

Sign up for email updates from Bioanalytical Systems, Inc..